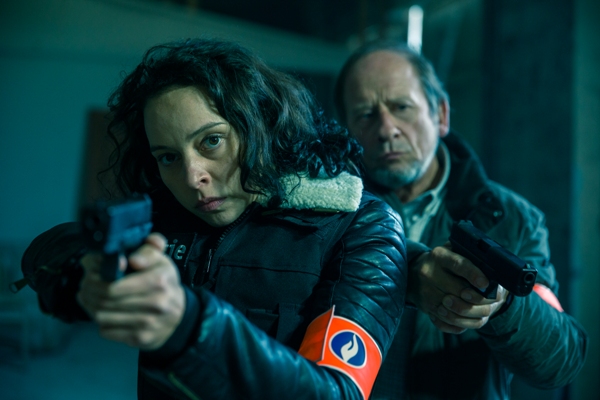 Two fascinating series based on serial killers; “13 COMMANDMENTS” focuses on a fictional avenger, vigilante “Moses” who justifies his acts by eliminating the Sodom Gomorrah milieu where the commandments are egregiously ignored, violated by those who transgress at the mortal sin measure. The avenger “Moses” tries the patience of police detectives “Peter Devriendt” (Dirk Van Dijic) and “Vicky Degraeve” (Marie Vinck) with his spree of justified penance to those ignoring the 10 commandments; deliciously daring, cunningly circuitous, ploddingly perfect, viewers are captivated by the stunning events leading up to the unmasking of an abominable, self-proclaimed Redeemer.

Nonfictional serial killer Dennis Nilsen (1939-2018), immortalized in Brian Masters “Killing for Company” and depicted with chilling accuracy by actor David Tennant (“Broadchurch”); Des, professing/confessing to killing between 12-15 young boys in the early 80’s, London; Jason Watson with charm and equanimity is author Brian Masters. What constitutes a person, of such average demeanor and countenance, capable of monumental carnage? Rationalization impossible to decipher; director Lewis Arnold with insight, gifted Tennant overwhelming latitude in his characterization of a devil disguised in layman’s attire.

“Evil” in no way, can ever be, or should ever be described, as “banal”.