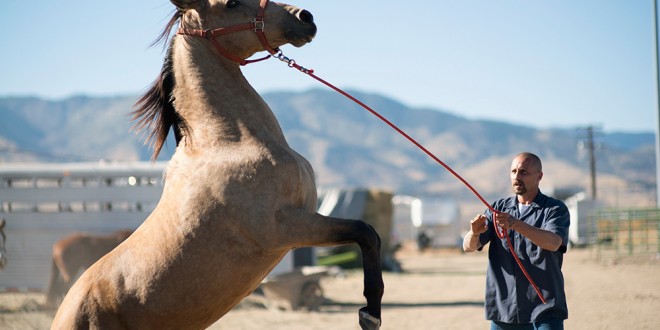 Bruce Dern executes another “Dernian” incarnation as “Myles” a trainer entrenched in the mentality of both mustang and inmate. The training/breaking scenes required astounding, prodigious cinematography; locked eyes of Roman and Marcus sear the soul’s sensitivities.

“The Mustang”, is a lyrical, uplifting, empathetic testament to a lasting bond, that “no man can put asunder”.