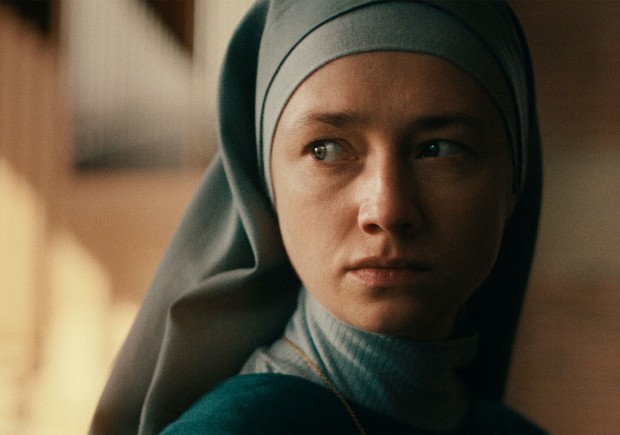 Director Katrine Brocks, gifts attendees of the Festival one of the most intrinsically intimate portraits of pain, both physical and psychological, on the screen; filmed within the confines of a convent, interspersed with flashbacks; “Sister Alma”, about to take her final vows, must confront the hubris seething between she and her brother. Cinematography, sound amplify brilliantly, the stunning scenario.

Director Alice Diop’s courtroom drama based on an actual case of infanticide is mesmerizingly staggering, intensely riveting and a masterpiece of style and structure; massively appealing to disciples of “Perry Mason”, “Law and Order” and the recently dispatched “Bull”. Pungently, powerfully acted by neophytes.

One of the most compelling films I have ever experienced is director Park Chan-wook’s “The Handmaiden” a mysterious, psychological adventure of monumental proportions; also “Oldboy” sears with the darkest level of human savagery. “Decision to Leave”, an off-kilter detective tale of mystery and misguided love is technologically supreme, incredible, daunting imagery and celestially performed; but lacks the pungency of Chan-wook’s previous movies; in essence it floated on a sea of ambiguity.

Occasionally, a film flawlessly enchants; protagonists paths intersecting at the ideal moment in their lives; here is an exceptional love story guaranteed to entrance all viewers.

Director Alex Thompson’s titillating tale of a doctor gone awry excels in the manifestation of mind over matter; as he makes his “rounds”, the troubled doctor sees the untoward and strives to resolve the conundrum. Taunt, intelligently spooky, a tantalizing, watchable nailbiter.