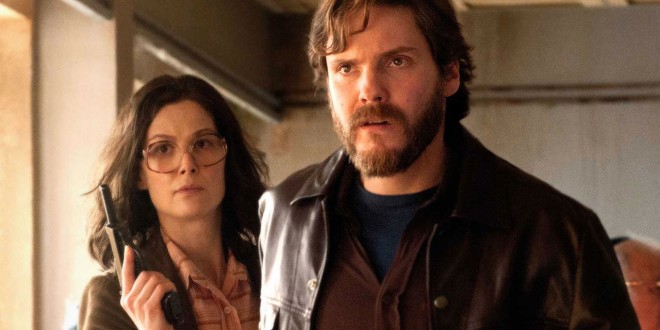 From June 27 to July 4th, 1976, a hijacked Air France plane carrying 248 passengers was detained in Entebbe, Uganda, sanctioned by its leader Idi Amin; pro-Palestinian terrorists, eventually released all non-Israeli hostages; Israel initiated what was one of the most dramatic, sensational rescue missions in history.

Directed by Jose Padilha, “7 Days in Entebbe” is a “starless” bastardized, diminished, uninspired version of the heroics planned by the Israeli cabinet and executed magnificently by Israeli commandos. This film is an abomination, a disgrace: the terrorists were unimpassioned conspirators (Rosamund Pike, Daniel Bruhl) played lamely as oxymoronic, revolutionary humanitarians; the Israeli cabinet, not imbued with intrepid intelligence, but portrayed as indecisive, wimpish competitors; instead of satisfaction, as the perpetrators are killed, audiences suffer through perpetual interruptions by a cacophonous, contemporary dance recital, mimicking the Entebbe rescue.

“7 Days in Entebbe” is an anemic version of actual events, even eliciting empathy for the perpetrators and their warped mentality.  NBC’s 1977 “Raid on Entebbe” stuns with intensity, power and veracity, a testament to valor, righteousness, overwhelming belief in their goal: flying 2,500 miles, 100 Israeli commandos rescued 102 (out of 106) hostages,  killing all the terrorists, 43 Ugandan soldiers and obliterating  three quarters of the Ugandan Air Force, in ninety-three minutes.

“Operation Thunderbolt” is robbed of even a stroke of lightning by “7 Days in Entebbe”.