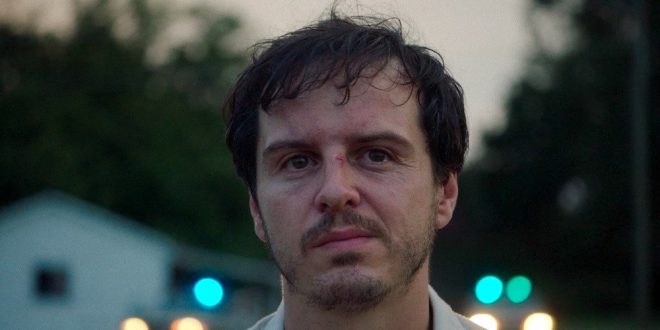 Director Simon Fellows in “A Dark Place” gifts actor Andrew Scott the license to rise above his past achievements (“Moriarity”, Sherlock Holmes; “Hot Priest”, “Fleabag”) as “Donny Devlin” a garbage collector in a fictional town in rural Pennsylvania;  lacking the polish, finesse of Dr. Murphy, he exists on the “spectrum”, meticulously following his daily route; a young boy is found drowned and Donny does not accept his “accidental” demise; circuitous hunches, probative questioning of law enforcement, interaction with the boy’s family and friends, result in Donny’s persecution.

2020-03-20
Peneflix Admin
Share !
Previous: THE POSTCARD KILLINGS
Next: PENEFLIX IN THE TIME OF COVID-19