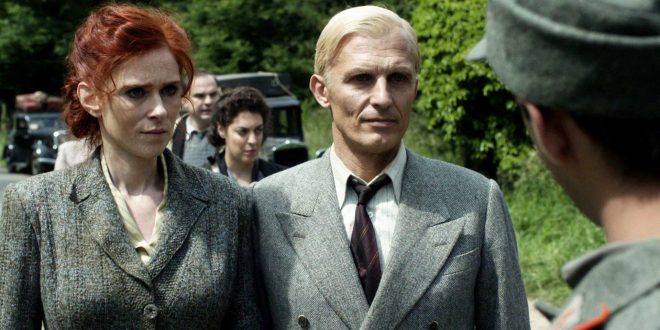 For almost a year, connectedness, education, entertainment have been accomplished in a Zoom milieu; enhancing enforced isolation, allowing the unseen to be seen, the learned expanding intellectual horizons; a remarkable tool, liberating the masses from mandatory house arrest. Recently, in a mini review I touted the enticements of viewing “A French Village”; seven seasons, seventy-two episodes, (2009-2017) seemed daunting, but interestingly, was a salve of enormous remarkability, an education of vast perspicacity; historical fiction intertwined, between seasons, with survivors of Vichy France; members of the Resistance and progeny of German men and French women; phenomenal performances, pulsating with astounding validity, referencing those lives modified by France’s willing collaboration with Nazi Germany.

“A French Village” paints a portrait of copacetic proportions; where the French and Germans ruled in tandem, relationships melded to the aggrandizement of all parties; political complexities abound, the hazy middle ground pulsates with ambiguity, can the vilest person be capable of the purest love? Never have the words “you don’t choose who you love” been more powerfully defined.

Writer Frederic Krivine, director Philippe Troboit and historical consultant Jean-Pierre Azema solidly depict women whose fortitude, tough tenacity, and fearlessness add strength and integrity to a vicious arena, where death has no parameters, threatens all warriors, regardless of gender.