Latest Reviews
Home » Hollywood » A PLUS & MINUS OF TELEVISION ENTERTAINMENT: “THE LAST DANCE” & “THE QUARRY” 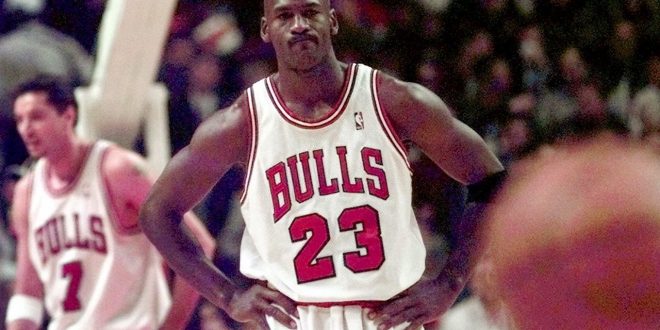 A PLUS & MINUS OF TELEVISION ENTERTAINMENT: “THE LAST DANCE” & “THE QUARRY”

No matter your interest, macro or micro, in the sport’s arena, “The Last Dance” (ESPN, & Streaming devices) is worth every viewing second; parts 1, & 2 aired Sunday, April 19th continuing through Sunday, May 17th, 2020.

“The Last Dance” three words conjuring memories of prom nights, weddings, once in a lifetime celebratory events, reverberating with profound poignancy, lending a buoyancy to remembrances, stored permanently, as commemorative icons in one’s life. Here is a documentary focusing on “Air Jordan”, Michael Jordan, the Merlin of basketball, defying heights and renowned players of the past; surpassing Newtonian laws of gravity, he soared, embracing the sky and flabbergasted anyone witnessing his feats; “The Last Dance”, coined by coach Phil Jackson, is the final chapter, with the legendary Chicago Bulls, and their quest for a sixth NBA title; it is historically elucidating: Michael’s stratospheric ascent to greatness, owner Jerry Reinsdorf’s prescience and the man everyone  “loved to hate”, general manager, Jerry Krause, a J. & J. team yet to be duplicated. Enormously intriguing, delving into the personality pluses and quirks of management, players, but primarily a testament to a franchise, a partnership of such blinding luminescence, that, because of this documentary, Michael Jordan’s unbelievable prowess and the Chicago Bulls, will be cemented in the isolated, hallowed, sacred halls of preeminence.

Repetitively, I have told myself that an actor needs a script to excel; unfortunately, I watched this irredeemable slosh because of Michael Shannon; my goal is to save you the aggravation. Simply put, a vagrant outlaw (Shea Whigham) kills a well-meaning reverend (Bruno Bichir) and takes his place in a tiny town, “sherriffed” by “John” (Michael Shannon). Blatantly metaphoric, director Scott Teems, equates donning the vestments with redemption; robotic performances, in tandem with translucent writing, leads dully, to the evident conclusion. Even knowing the outcome, the race between the tortoise and the hare, would have been more enticing.