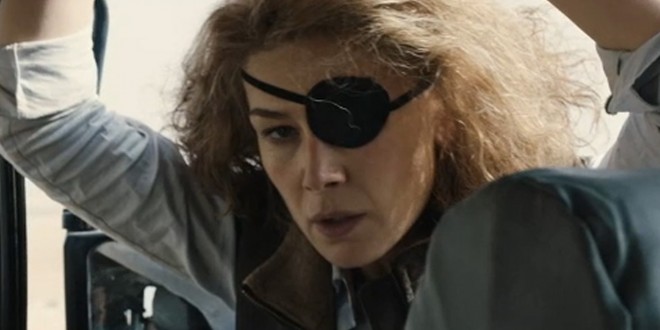 Marie Colvin’s (1956-2012) remarkable life as a foreign correspondent is depicted with stunning refinement by Rosamund Pike. A Yale graduate, Marie worked for the London Sunday Times from 1985 until her death in 2012. “A Private War” devoid of romanticism, depicts a woman of vast intelligence, fearlessly intrepid, treading in theatres of war, where only a few dared to stride. To her core she was a humanitarian; the voice of the unaccounted, diminished, of women and children killed with impunity by their dictatorial leaders (Syria’s Assad, in particular); her complexity is the key to the film’s fascination.

Marie was an addict; addiction informed her personal and professional life; she dieted, drank, wrote, loved to excess; London’s banality was a punishment for her, needing the pathos, adrenalin of war’s death-defining milieu, to feel viable. Her death could not have been scripted better; she is an icon for the oppressed. Based on Marie Brenner’s essay in the Sunday Times, director Matthew Heineman avoids sentimentality, showcasing the warts along with the dimples of Marie’s composition.

Marie Colvin, like the writer Philip Caputo (“Rumor of War”) found purpose in arenas most elect to ignore; enlightening, speaking for, regardless of imminent extinction, the voiceless.