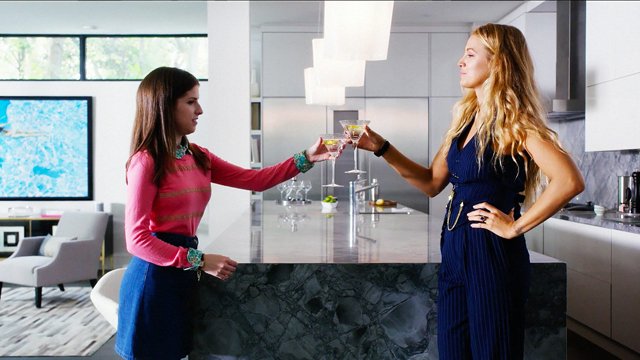 “Stephanie Smothers” is one of the most cloying, annoying, insufferable characters on today’s screen; her saccharine plasticity, oozes enough sweetness to induce a diabetic coma; she has a “vlog” showcasing her recipes; she is the single, self-deprecating, intensely dislikable mom of a five-year-old boy; Anna Kendrick’s depiction scores with grating perfection. Stephanie meets and befriends “Emily Nelson” whose glamour cannot camouflage her duplicitous, callous, perpetually soused persona, Blake Lively fits the vessel to a T; Stephanie’s sycophancy lends itself finely to Emily’s nefariousness, leaving her child and husband, “Sean” (Henry Golding) a has-been writer, naively allowing his mind below the belt, to do his reasoning, in Stephanie’s capable and ultimately cunning hands.

“A Simple Favor” directed by Paul Feig, based on the novel by Darcey Bell has bountiful twists, curves and appropriate but unsatisfying surprises; as enervation championed my attention, one thought prevailed, Stephanie’s reference to “Diabolique” Henri-George Clouzot’s 1955 classic film noir, is worth revisiting; its contagious creepiness resonates years after viewing where “A Simple Favor” evaporates in seconds.