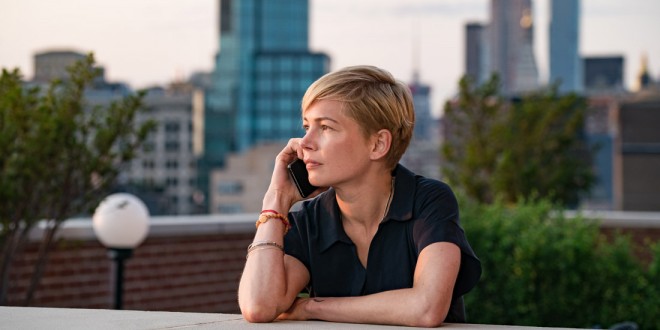 If a foreign film deeply resonates, oftentimes the American version, is acutely disappointing;  two recent examples, “The Upside” is an anemic adaptation of France’s,  “The Intouchables”, an even sorrier scenario is “Florence Foster Jenkins” contrasted with, again, France’s “Marguerite”; another pale imitation was “Gloria Bell”, Hollywood’s rendition of Chile’s 2014 “Gloria”; 2006’s Danish film, “After the Wedding” ranks as a masterful, mesmerizing portrait of unselfish familial devotion, ever splayed upon the screen; a man’s lust for living, vibrantly throbs with his every breath; writer/director Bart Freundlich’s, gender-switched narrative of “After the Wedding” is surprisingly viable in matching its predecessor’s style, with imposing performances.

Julianne Moore marvelously depicts “Theresa”, founder of a start-up company, a philanthropic benefactress, happily married to artist, “Oscar” (Billy Crudup) with a daughter, “Grace” (Abby Quinn) soon to be in the same state; at her insistence “Isabel” (sobering, subtle Michelle Williams), running a depressed orphanage in India must fly to New York, if she wants the promised two million dollars; unexpectedly, Theresa invites her to the “wedding”; commencing the circuitous route to the revamping of lives, manipulation of futures and fortunes, confronting and managing the inevitability of intransigent circumstances.

Mediocrity might have stymied the storyline if it were not for the prodigious team of Moore and Williams; their interpretations, locked in dynamic professionalism, reverberate with intelligence, empathy and outstanding, magnetic prowess.