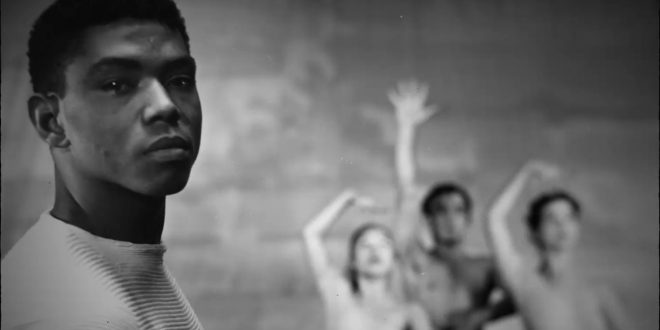 “Dance is the hidden language of the soul” and no one understood, cornered or capitalized on this more than Alvin Ailey (1931-1989); director Jamila Wignot employs her intuitive documentary acuity, splaying upon the screen, a poor boy whose feet took him to heights rarely conquered; Ailey, infused his choreography with profound spirituality (“Revelations”); jazz with its unique African-American heritage reverberates through the twisted liquidity, cosmic aptitudes of the performers. Wignot, with massive reverence, follows, using archival footage from his earliest days, brilliant nascent ascent onto a universal arena: astounding stages worldwide; it is insightful interviews that partially unmask the enigmatic genius, the troubled, isolated man lurking in the shadows of his prodigious creativity; heart-wrenching, poetically poignant memories and dance sequences, from those, whose relationships with Ailey defined their lives, stun with monumental, penetrating integrity.

Springing from the soul, invading and captivating every fiber of one’s being, skilled or unskilled, the movement alone gifts freedom, erupting volcanic wonderment, unadulterated joy, always there, hibernating, gestating waiting for, in the words of Fred Astaire to “do it big, do it right and do it with style.” Alvin Ailey’s visionary style will endure, eternally.