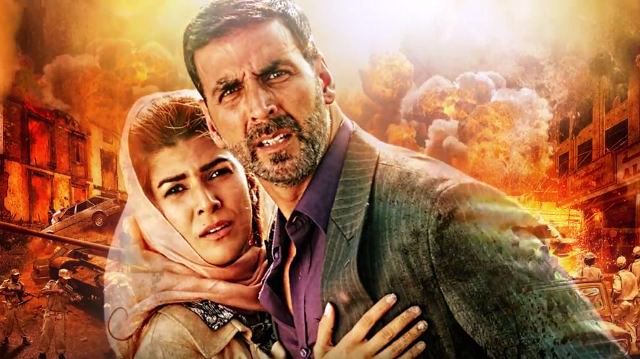 “Never in the field of human conflict was so much owed by so many to so few.” Winston Churchill.

Akshay Kumar (in his prime role to date) stars as brash businessman “Ranjit Katyal” who orchestrated the evacuation of  170,000 thousand Indians from Kuwait after the Iraqi invasion in 1990 (first Gulf War); historians and neophytes alike should be required to see this stunning tour de force; at its heart is the puzzling, mystifying blueprint of how a hero emerges under extraordinary conditions. Kumar’s role is a compilation of two men whose supreme efforts and mettle saved these stranded refugees.

“Airlift” is a serious film and its mission is to be taken as such, one major dance scene and a beautiful love song, never detract, only offer a welcome hiatus from the weighty, mercurial scenario; a plot that plummets with devastating disappointments and soars with tantalizing triumphs.

Abashedly, I admit to a complete unawareness of the greatest evacuation of all time (170,000 people, 488 flights by Air India, 59 days); “Airlift” is edification at the stratospheric level.