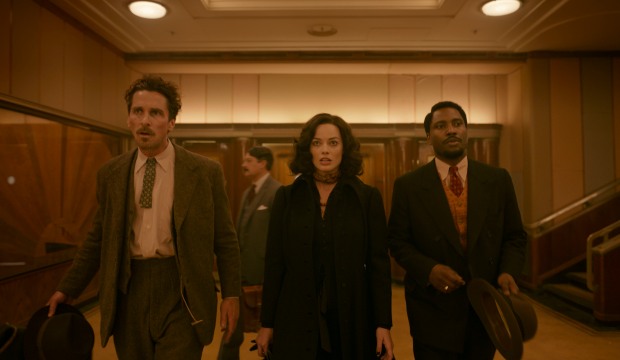 Imagine, as a renown chef, you’ve conjured up the quintessential recipe, one that will cement your reputation eternally; flawless ingredients, meticulous preparation and painstaking skill factor into the concoction; with breathless anticipation you await, as the oven times the birth of your masterpiece, but alas, instead of a repast for the ages, it is a colossal bomb; a dud of monumental proportions, tasteless and destined to settle in the vast wasteland of doomed dishes.

Russell’s landscape is beautiful, searing softness and exquisite costuming masking murders “most foul”, the core of the dizzyingly circuitous, exploitive path of “Amsterdam”; the supercilious slapstick, schtick, is morbidly disappointing, erasing seriousness instead of emphasizing the evil that men are capable of. Lacking the “yeast” needed to secure its potency, “Amsterdam” flatness prevails.