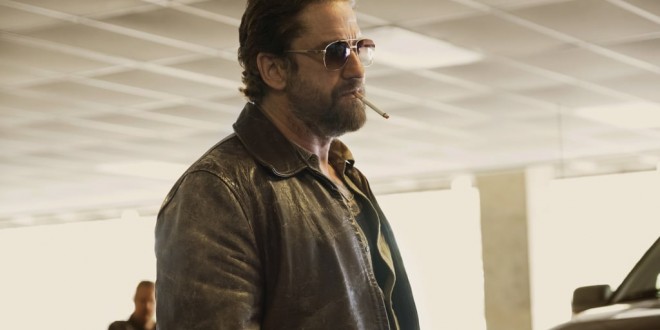 Predictability, sensationalism, oftentimes, can be comforting; knowing the “hero” will be around to fend off future threats to society; evil felled,  appropriate “bad guys” slain, all in the name of righteousness and a day’s work. “Mike Banning” (ubiquitous Gerard Butler) perpetual savior, initially lacking the spryness of past heroics, eventually saves the nation(hardly a spoiler) with the aid of his father, grumpy, scruffy “Clay” (Nick Nolte, perfectly cast, adds ageing depth to his character in, all too few, scenes.)

Director/co-writer Ric Roman Waugh peppers the scenario with a enough explosive, knife-wielding, death- defying action to placate even the most ardent action fans. Titillating testosterone throbs throughout, with a smattering of progesterone to level the gender playing field. “Angel Has Fallen” succeeds in satisfying all who just lust for a couple of hours of mindless, fluffy, fantastical entrainment; momentarily obliterating reality’s doldrums.