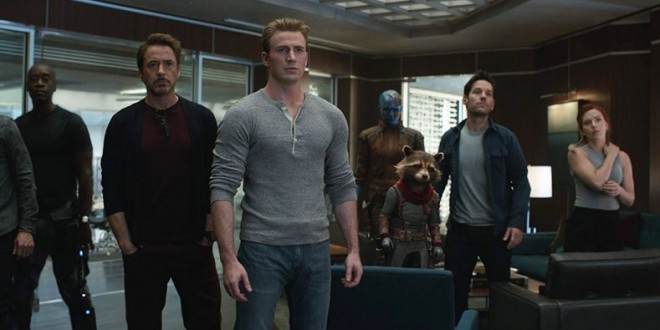 “Marveldom” scholarship is not required to appreciate the marvelous, metaphorical message pulsating at the epicenter of this stunningly fine and beautifully filmed morality movie. Directors Anthony and Joe Russo, excavate the core of Biblical, Talmudic, Vedic and Qur’anic texts, battles between righteousness and infamy; sacrificing one’s life for a greater good; passionately needing icons to venerate: those immune to the fray, unshackled from temptations perpetually taunting, teasing, testing mankind; the Marvel franchise recognized the quest for heroism, saviors, vibrating for thousands of years; Iliad, Odyssey, pitting man against the gods resonates profoundly through “Avengers: Endgame”. Even the mission of going back in time, touches viewers’ sensitivities; rectifying mistakes, erasing remorse; a pristine slate no longer muddied by errant behavior, intolerance, petty-mindedness; poetic wealth, grace, retribution, redemption, self- awareness infuse enlightenment throughout. The goal of “avenging” egregiousness perpetrated by the misguided, wicked, demonic, is digitally dynamic.

The actors, familiar to multitudes, are transcended by their avatars, and need no further introduction; they enhanced the core, the final wish for a future without elitism, racism, gender discrimination, religious intolerance; a world where embracing the “other” results in a growth so immaculate that words are too paltry to depict, its march toward a transcendental purism, inclusiveness, peace.