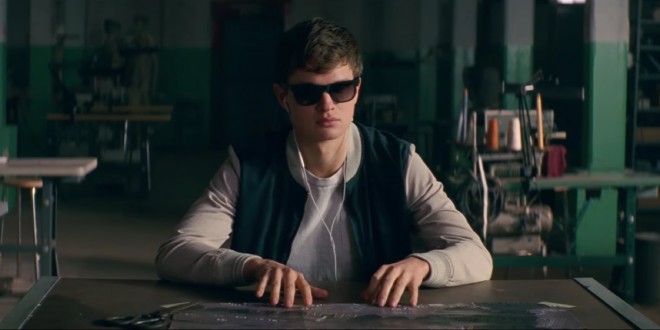 Twenty-three-year-old Ansel Elgort has the balletic acuity of Tommy Tune; the countenance of a youthful Brad Pitt; a talent whose maturity is stunningly developed. He is mesmerizing as a getaway driver for a mélange of mendicants; his hearing was compromised in an automobile accident as a child; ear pods perpetually inserted, his every minute, rhythm is defined by music. Watching his performance is the sole reason to see director Edgar Wright’s thriller “Baby Driver”.

A phenomenal cast: Kevin Spacey as the ringleader, “Doc”, Jamie Foxx as “Bats”, John Hamm as “Buddy”, Elsa Gonzalez, “Darling” and lovely Lily James, “Deborah”, Baby’s infatuation, could not elevate the scenario; chase scenes, killings, are reminiscent of so many fast-paced, electrifying films we have already experienced. There was a staleness that permeated every “Bullitt” “make my day” “Bonnie & Clyde” moment.

A realistic conclusion saved “Baby Driver” from sensationalism; with the exception of Elgort’s characterization, the rest will quickly fade from consciousness.