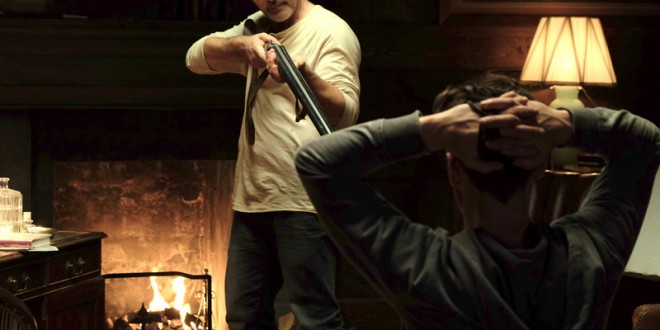 “Paul” (Banderas) an alcoholic, washed-up writer, lives outside a mountainous town where a series of young women have been killed; he is bereft of ideas and funds, his derelict home is on the market; after a road rage incident, he is rescued by “Jack” (Rhys Myers) an enigmatic, tattooed drifter that Paul invites into his life and home. What ensues is a classic case of “never trusting the obvious” as Jack bludgeons, hacks and ultimately destroys Paul’s “writer’s block”; their compelling confrontations sink to the lethal and the balance of power shifts between the protagonists; these shifts are brilliantly effective due to prescient writing and astral performances by Banderas and Rhys Myers.