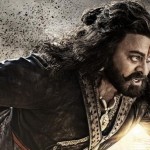 Epically sensational and overblown but truly a wonder to experience; based on the life of icon, Sye Raa Narasimha Reddy, who championed India’s gory march towards freedom in 1837; Reddy is depicted with pulsating, Herculean prowess by actor Chiranjeevi; as the Emperor of a region in Andhra Pradesh, Reddy initiates a rebellion against the egregious injustices of the British East ... END_OF_DOCUMENT_TOKEN_TO_BE_REPLACED 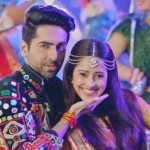 Leave it to Bollywood, alas, the “dream girl” is a guy! Ayushmann Khurrana is “Puja” the luminary of a call center; his melodious, sensual voice was discovered while starring as “Sita” in the fabled, mythic Ramayana; he “catfishes” and mimics, the “Dream Girl”  of lonely, nerdy men, placating their prurient fantasies; a plodding and surreal scenario; Khurrana, with the aid ... END_OF_DOCUMENT_TOKEN_TO_BE_REPLACED 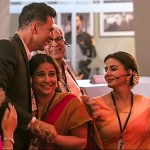 What makes both of these films highly watchable is that they are based on actual events and more importantly, the iconic Bollywood stars who supported them with their “starship”. Unlike Hollywood, Bollywood actors have a huge say in the production, plot evolution and outcome of the storyline.  Hunky, handsome John Abraham, tackles the role of ACP Sanjay Kumar in the ... END_OF_DOCUMENT_TOKEN_TO_BE_REPLACED 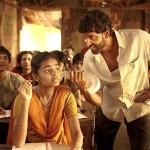 Do not give this film short shrift because of its Bollywood genre. Here is a movie for whoever has been electrified, inspired, challenged, encouraged by an instructor, educator; a teacher whose magnetism moves mountains, drives one to excel, explore unknown, untethered avenues, resulting in lifelong quests in fertile fields,  perpetually nourishing the brain, beyond boundaries, beyond one’s own expectations; its ... END_OF_DOCUMENT_TOKEN_TO_BE_REPLACED 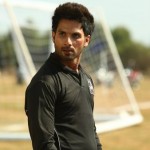 “Kabir Singh”, (Shahid Kapoor), if you are willing to sit through almost three hours of waterboarding torture, focusing on the most despicable character in 2019’s filmdom, the final fifteen minutes, partially placates the pain that preceded the finale; Kabir, a third-year medical student, dictates, threatens, with bodily harm, anyone who comes near “Preethi” (stoically dull, Kiara Advani) a first-year medical ... END_OF_DOCUMENT_TOKEN_TO_BE_REPLACED 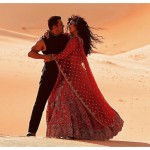 Salman Khan, long-reigning Bollywood Beauty Boy, at fifty-three, stars as “Bharat”  (referencing a legendary King), an eight-year-old boy, separated from his father and sister in 1947 during India and Pakistan’s partition; multitudes were traumatized, tortured, bifurcated by this unholy division; what could, should have been a compelling tale, is nothing more than a monumental, pneumatic, testament to Khan’s ego; covering ... END_OF_DOCUMENT_TOKEN_TO_BE_REPLACED 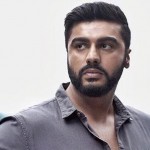 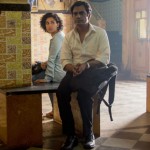 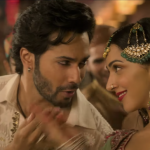 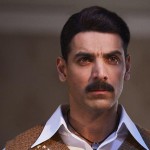 Bollywood’s hunky heartthrob John Abraham (“Force” films) dons three nom du plumes for this spy thriller revolving around the 1971 Indo-Pakistani war (12/3/71-12/16/71)  resulting in the birth of Bangladesh; Abraham is introduced as a droll banker “Romeo” who substitutes his income as an impersonator; he is recruited by RAW’s (Research And Analysis Wing) Chief “Shrikani Rau” (Jackie Shroff at his ... END_OF_DOCUMENT_TOKEN_TO_BE_REPLACED