PENEFLIX BEST AND NEAR BEST FILMS OF 2017 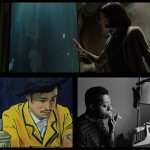 As I peruse other critics best and worst films I feel fortunate that, because of my pay grade, have rarely seen many of the “worst”; no matter the product, each year there are enough quality films, that in retrospect my passion  is satiated. Granted I have not seen, “The Post”, “Phantom Thread” “Film Stars Don’t Die in Liverpool”.  So here ... END_OF_DOCUMENT_TOKEN_TO_BE_REPLACED 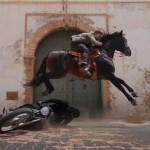 Here is a mixed marriage, not seen since the Jodha/Akbar era; fifty-one-year-old, pneumatic, perennial bachelor Salman Khan (“Tiger”) paired once again with Katrina Kaif (“Zoya”) as East Indian and Pakistani agents sent to battle militants in Tikrit, Iraq; based on an actual event in 2014, terrorists took over a hospital and held 46 nurses (Indian and Pakistani) captive; the rescue ... END_OF_DOCUMENT_TOKEN_TO_BE_REPLACED 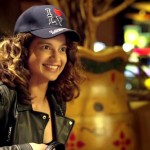 Directed by Hansal Mehta, filmed entirely in the U.S. cities of Atlanta and Las Vegas, loosely based on a true story, “Praful/Simran”  a thirty-year-old, divorced, Gujarati, housekeeping employee succumbing to a gambling addiction and resorting to robbing banks to salvage her debt. The film is immensely fun, racy, infused with satisfying, marvelous manipulation; imbued with “Pretty Woman”, “Bonnie and Clyde” ... END_OF_DOCUMENT_TOKEN_TO_BE_REPLACED 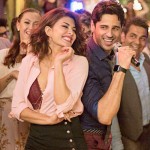 Predictability can be totally refreshing especially with the “dog” films of summer; watching “A Gentleman”, tumultuous reality, gritty politics and crime were suspended in favor of a raucous romp through Miami, Mumbai and Goa; gorgeously-paired Sidharth Malhotra and Jacqueline Fernandez, destined to bond, flirt, sing and dance, creating a sugary confection of romance and intrigue, ubiquitous on the Bollywood screen. ... END_OF_DOCUMENT_TOKEN_TO_BE_REPLACED 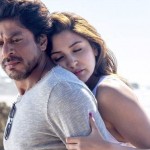 How can an actor of superior renown, a winner of fifteen Filmfare Awards (Bollywood’s equivalent of the Academy Awards) willingly plummet, with a resounding thud, into such a deplorable scenario? Shah Rukh Khan has intrigued audiences with his stunning versatility, his fearless choice of roles: from inebriated Lothario (“Devdas”) to stalker (“Fan”); from antihero (“Baazigar”) to coach (“Chak De India”); ... END_OF_DOCUMENT_TOKEN_TO_BE_REPLACED 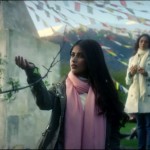 No medium does vigilante justice like Bollywood; overwhelming satisfying when women met out punishment, when accountability fails.  Two iconic films “Kahaani” and “Ek Hasina Thi”, are immensely creative in serving “revenge” frigidly calculated; “Mom” pulsates with premediated cunning, intelligence, verve and a performance of such heartfelt depth that a Filmfare Award should be in her future; Sridevi as “Devki Sabarwal” ... END_OF_DOCUMENT_TOKEN_TO_BE_REPLACED 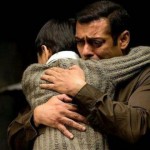 Despite the supercilious title and the lengthy prologue there are some fine moments in this rendition of Hollywood’s 2015, “Little Boy”; a young boy feels the power of faith can, in reality, “move mountains”; this Bollywood version, starring Salman Khan, as “Laxman” a simple-minded, but loveable man-child, follows Gandhian precepts to expedite the safe return of his brother “Bharat” (Sohail ... END_OF_DOCUMENT_TOKEN_TO_BE_REPLACED 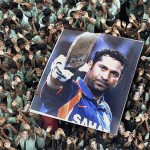 India’s rich cricket history has been depicted in a myriad of films, both fictional and factual: “Lagaan” (2001), “Iqbal” (2005), “Chak De India” (2007), “M.S. Dhoni” (2016) are a few that have resonated with me.  Admittedly, as a Westerner, the intricacies of the sport, will forever elude my comprehension, but the astounding prowess of the players, the electrifying energy and ... END_OF_DOCUMENT_TOKEN_TO_BE_REPLACED 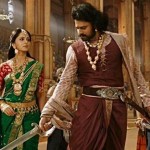 It is rare when a Bollywood film lands in the top ten viewed flicks in the Western World; “Baahubali 2” is the highest grossing Indian film ever (the price of admission exceeds the norm) made. Is it worth the time (3 hours) and added expense? If you’re a fan of the spectacular, absolutely. The Indus Valley Civilization traces its origins ... END_OF_DOCUMENT_TOKEN_TO_BE_REPLACED 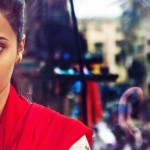 Shed any prejudices you might have against the Bollywood genre: “Naam Shabana” is as good as it gets in the outstandingly juicy “hell hath no fury like a woman scorned” or vandalized category; in league with two of my favorites, “Kahaani” (2012) and the superlative “Ek Hasina Thi” (2004), director Shivam Nair scores sensationally with this thriller, starring overwhelming talented ... END_OF_DOCUMENT_TOKEN_TO_BE_REPLACED