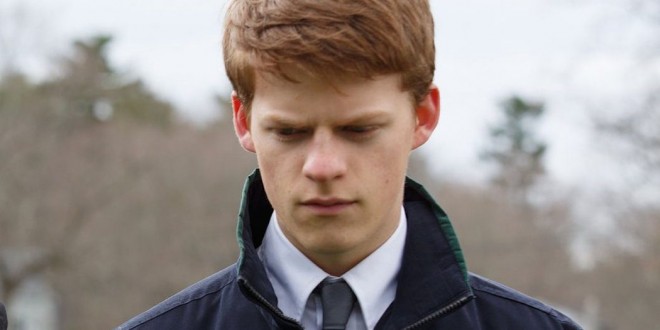 Earlier this year we were treated to an enchanting story of a conflicted seventeen-year-old boy struggling to inform his family that he is gay; “Love, Simon” tempered the angst, placating, instead of challenging, one’s sensitives, it was an excellent, “feel good” film. “Boy Erased” is a powerful, controversial observation of the effects of “conversion therapy”; based upon the 2016 memoir by Garrard Conley on his eleven day experience (internment) in a bogus facility run by a charismatic charlatan. Centers supported by fundamentalist groups; lacking a monopoly, all religions are negatively biased against homosexuality. “Boy Erased” provocatively directed by Joel Edgerton (also depicts “Dr. Sykes”) focuses on eighteen-year-old “Jared Eamons” (Lucas Hedges is remarkable) a cherished child whose father is a Baptist minister (Russell Crowe) and mother (Nicole Kidman) a devoted, pious Christian; their portrayals are overwhelmingly reflective of those facing, in their minds, a demonizing obstacle; no comprehension of same sex attraction and the misconception that, like a disease, it can be cured.

“Boy Erased” delves into the psychological tortures confronted by these young, victimized teenagers; Jared is the eponymous boy: intelligent, loving, kind; yearning not to be gay, wanting to rid himself of the “curse” and live a righteous life. “God”  is used pejoratively, vindictively, a tool to decimate one’s proclivities, one’s core, a punitive, irreconcilable, unforgiving force. Hundreds of thousands have been treated, subjected to an oxymoronic philosophy; questionable, empirical success rate.

In conclusion I fall into the category of “if it ain’t broke, don’t fix it.”

2018-11-11
Peneflix Admin
Share !
Previous: THE GIRL IN THE SPIDER’S WEB
Next: THUGS OF HINDOSTAN