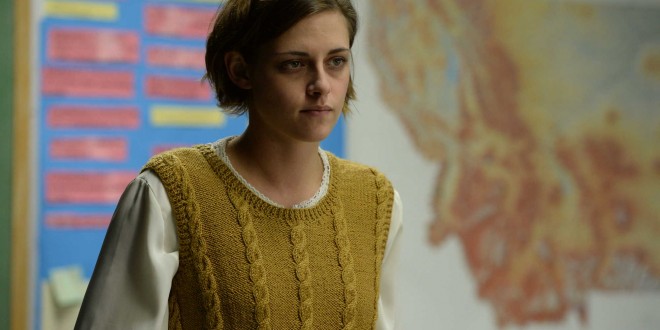 Based on short stories by Maile Meloy, directed by Kelly Reichardt “Certain Women” left me as unsatisfied and disappointed as Jell-O after surgery. Four women “settlers” in the northwest, for the most part they are intelligent: “Laura” (Laura Dern) a frustrated lawyer, having an affair, and straddled with a disillusioned, dangerous client, “Fuller”,(riveting Jared Harris); “Gina”, Michelle Williams, a builder, unabashedly disconnected from  her family; “Beth”, comatose Kristin Stewart, teaching law to losers; “Jamie”, Lily Gladstone, a farmhand infatuated with Beth. Yes, “Certain Women” speaks to isolation, lack of prospects, joyless, bleak episodes; they had potential, choices and possibly remained in these circumstances because of the uncompromising beauty of the mountainous landscape.

The only fascinating and more than partially defined character in “Certain Women” is Fuller, a man whose naivety allowed the system to circumvent due process; his history is worthy of following; the women, garnish not an after thought.