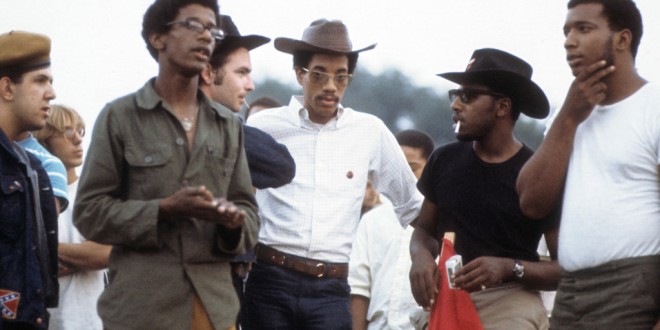 In its 55th year and stylishly stunning in its elucidation, diversity, and searing topics; documentaries have gone beyond the pale in focusing on subjects and events worthy of exposure, illumination; highlighted are:

LOVE CHILD: winner of the Gold Hugo for Best Documentary (yet to be seen).

“THE FIRST RAINBOW COALITION” , celebrates the unheralded political activists of 1969’s political revolution; the coalition was inclusive of all those marginalized, disenfranchised, regardless of race, gender or creed; archival footage clarifies the mission of the Black Panthers, Young Lords, Young Patriots; with a fifty-year perspective, hindsight is scorching, blistering with clairvoyance.

“CUNNINGHAM”; “Dance is the movement of the universe concentrated in an individual”; Isabel Duncan’s words describe the legendary Merce Cunningham (1919-2009); his avant garde innovation dazzles throughout “Cunningham”.

“THE REPORT”, (U.S.), “the power of one” to alter history is the cornerstone of this thriller; senate staffer Daniel J. Jones (Adam Driver) is hired by Diane Feinstein, (Annette Benning) to investigate the CIA’s lack of accountability in its methods (Enhanced Interrogation Techniques/ aka waterboarding); Jones’s tenacity leads to the disclosure of the mendacity, subterfuge, deceit of the nation’s number one intelligence agency.

“SPIDER”, (Chile), a ménage a trois, spanning from the 1970’s to the present; from revolution, idealism to traditionalism, a journey fraught with love, lust; the disintegration of paragons, familial fractures in tandem with intransigence.