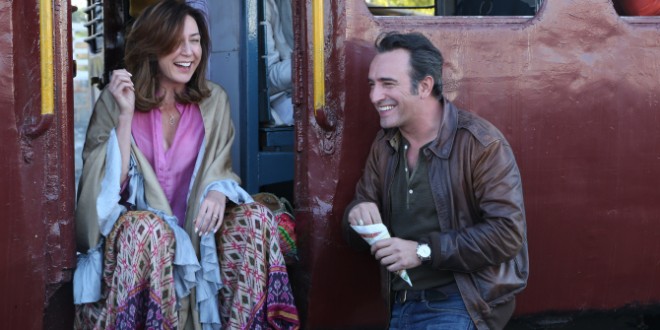 CHICAGO INTERNATIONAL FILM FESTIVAL: WHAT TO SEE AFTER DAY THREE

This is an outrageously gluttonous cinematic time, and I imbibe to the fullest. Nine films into the festival, here is a sample of “must sees”:

“Un+Une”; France. Sensational film by Director Claude LeLouch (“A Man and a Woman”). Set in my most cherished country (after the US) India, where a brilliant film composer (glorious Jean Dujardin) is hired to score a Bollywood interpretation of “Romeo and Juliet”; he meets the French Ambassador’s wife (electrifying performance by Elsa Zylberstein) and the “art of conversation” leads to love. A truly wonderful, remarkable movie.

“The Commune”; Denmark. Director Thomas Vinterberg sets his scenario in the 1970’s;  an affluent, intelligent couple decide to invite others into their sprawling mansion, lending diversity, financial support and entertainment to their droll existence.  Sublime acting imbues this film with magnetic strength.

“The Teacher”; Slovakia/Czech Republic. Overwhelming interpretation by Zuzana Maurery as a manipulative teacher who uses the skills of her pupils’ parents to assure their progress in her class. Vibrates with the vicissitudes of living under a totalitarian regime.

“A Quiet Passion” U.K/Belgium. A phenomenal portrait of poet Emily Dickinson (1830-1886); Cynthia Nixon’s celestial depiction is breathtaking, as is Jennifer Ehle’s as her sister Vinnie. Incredible, astute, pulsating poetry from a restricted time and society.

Off to the movies….