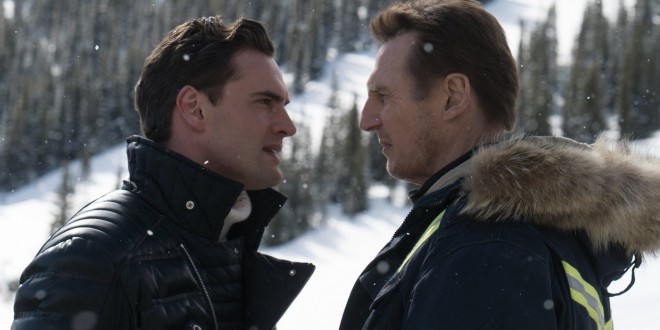 “Cold Pursuit” is a bleak, resolutely brutal undertaking; periodic moments of inky irony enliven mass annihilation and ugly, graphic slayings; Neeson’s portrayal mutates legitimately from “Man of the Year” to “Vengeful Icon”; justified retribution against “Lords of Iniquity”, especially “Viking” (sleazily sensational Tom Bateman); with each death, a moment of mourning, marked by their name and a cross; Moland’s comic genuflection to the erased.

With minimal variation the film adheres to the original; expressively impressive is young Nicholas Holmes as gifted “Ryan”, the only son of malevolent, degenerate Viking; his scenes with his “kidnapper” Nelson, are heartfelt and indicative of their solid, righteous core; delightfully, Ryan recognizes shades of the “Stockholm Syndrome”.