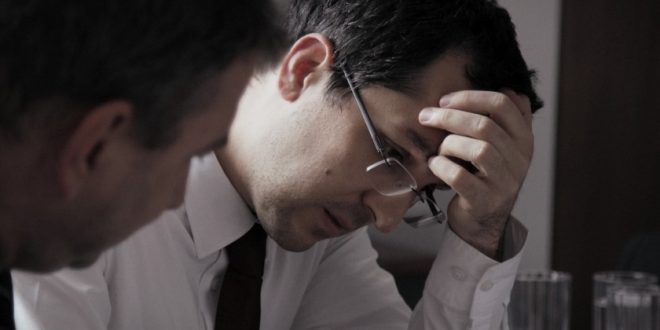 If you watch one documentary in the 2020 field of reality, where truth is key and despite the license of the filmmakers, stuns to the core, “Collective” dominates the genre. On October 30th, 2015 a catastrophic fire in the nightclub “Collectiv” in Bucharest, Romania claims the lives of twenty-seven and alters forever the one hundred and eighty who escaped; the paramount travesty, uncovered by investigative journalists Catalin Tolontan and Mirela Naeg  are the thirty-seven who perished in hospital; director Alexander Nanau excavates the depth of corruption from sole to crown, the egregiousness of the minor to the major culprits in Romania’s health care system: Hexi Pharma, diluting disinfectants; hospital managers knowingly allowed the criminality to surge; fraudulence leads to the resignation of the Health Minister and the Prime Minister.

Powerfully, pungently depicted is beautiful survivor Tedy Ursuleaun allowing her wounds, scarifications, rehabilitation, with pride and majestic dignity to be documented; unbridled by shame or blame, accepting and championing her life; galvanizing, illuminating her badge of courage.

In league with Woodward and Bernstein protagonists and antagonists are delineated, without filters; blemishes, defects, acts of tainted moral turpitude, heroism, are viewed through an unbiased, opalescent lens; deep seated corruption is given its just reward, eliding nothing, those who held the villains accountable are worthy of the utmost veneration.