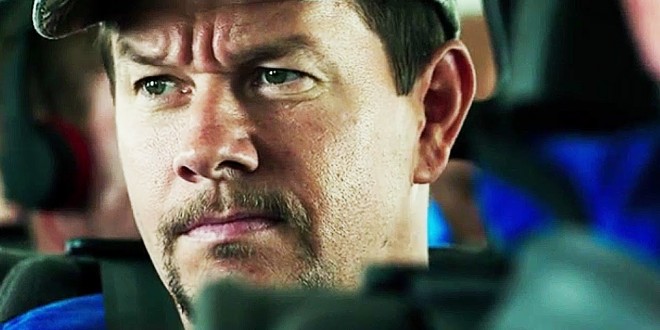 Director Peter Berg gifts viewers a tense, titillating, tightly-wrought film based on the 2010 BP oil drilling disaster, resulting in the cataclysmic disgorgement of 126 million gallons of oil into the Gulf of Mexico and the loss of eleven lives. Mark Wahlberg and Kurt Russell with minimal dialogue give pungently powerful performances as an electronic technician, Mike Williams (Wahlberg) and the rig’s, Deepwater Horizon, boss Jimmy Harrell (Russell). This behemoth, stationed off the Louisiana coast has been mismanaged by its cost cutting, deadline challenged Board; John Malkovich, creepily convincing as a cavalierly insouciant executive,  the deciding factor, the “straw” responsible for the ill-fated, stunted future of “Deepwater Horizon”.

Berg from the commencement sets an inauspicious stage: a manager wearing a maroon tie (tantamount to a “code blue”), slip shod crews have left without testing the potency of cement tubes; those suspicious are overruled by avaricious managers. The movie soars as the first rumblings of disastrous cacophony resonate from the depths, surging through the defective tubes, culminating in one of the most magnificent explosions and conflagrations ever filmed. Mesmerizing action (not a second is squandered) as heroes are defined, and lives curtailed. “Deepwater Horizon” does not sentimentalize, sensationalize, or editorialize; it is as legitimate as the reality it experienced. Therein lies its majesty.