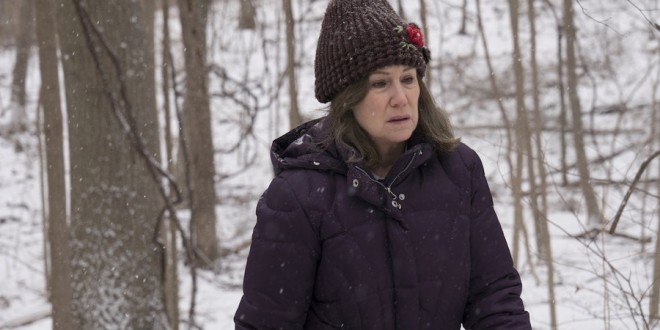 Periodically, it happens; almost instantly, acknowledging the worthiness of the movie, but wishing to remove oneself from the onslaught of massive, bludgeoning depression; “Diane” marvelously depicted by Mary Kay Place is a middle-aged depressive, her focus on others to the exclusion of her own issues, is devouring her sanity; she is a list maker, visiting and feeding the sick, working in a soup kitchen; stuck with a drug-addled son, “Brian” (Jake Lacy), a dying cousin “Donna” (Deirdre O’Connell); meandering from one injured  family to another, her only serenity (and the viewers) is in the silence of her car, journeying from one ailing, aching, household to another.

Director/writer Kent Jones has seemingly culled from experience these all too real characters; possibly what pains us, is that we recognize them; flawed, persecuted, plagued with guilt over past errors; religiosity pulsates at “Diane’s” core. Is penance, whether earned or deserved, ever resolved in forgiveness? How many “rights” to right one wrong?