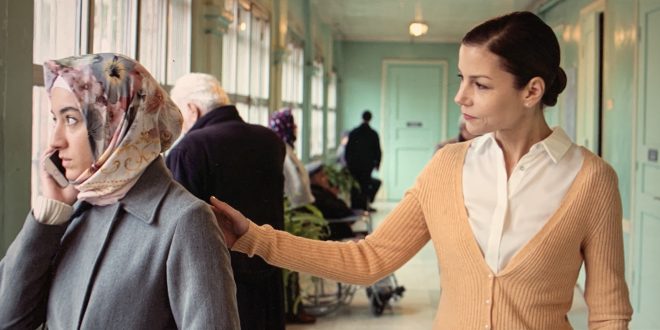 A stellar, refreshing, compelling series made for contemporary Turkish television; commanding performances in tandem with a notable, intelligent script and scenario; Western viewers are challenged to grasp the dichotomies between the secular and ever encroaching religious conservatism in a Muslim world; hijabs versus free flowing manes; women therapists justifying their scholarship in a closeted milieu, where naked honesty, self-doubt, insecurities are best kept secret, never bared.

Each character is finely tuned and succinctly, brilliantly woven into a tapestry, intricately intertwining with each other; perfectly honed transitions are subtlety remarkable; the complexities of the females and their familial constraints are the essential conundrum, core of “Ethos”; “Meryem” (phenomenal Okyu Karayel) is the foundation, catalyst, backbone of the series; her face conveys messages of understanding, confusion, astonishment, love and pivotally, an unfathomable depth.

“Ethos” true to its intent, portrays the cultural atmosphere of those following their instincts, cultivating their beliefs, epistemically, shunning the diversive, popular path. It is revitalizing, a cosmos of exploration, an interpretation of an unexperienced lifestyle, society; slipping into the shoes of these tangled, but worthy characters, could not have felt more exhilarating!