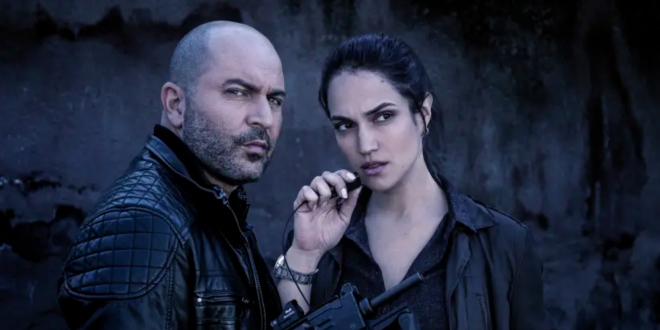 Aware that a third series was on the visual horizon, I ventured to re-watch the first two seasons; an exercise that exponentially increased my admiration for the intense creativity, prodigious performances and depiction of the complexities pervasively percolating between Israelis and Palestinians.

STOP NOW if you are planning to view “Fauda” (chaos); it is a FIVE STAR, thrilling series.

Writer/actor Lior Raz, researched his own experience, as an undercover agent for an elite unit, “Duvdevan” mimicking traumatic life-altering situations he has championed; his character “Doron Kavillio”, a commander for the Israel Defense Forces, broils with loyalty, callously stuns with full mettle,  serves and executes justice, vengeance on those who harm his people, break his code; Hamas, his nemesis, the core of his hatred is peopled with those who praise Allah, as they serve slaughter to all Jews; suicide bombings, targeted assassinations, with crucial timing “go oft astray” reverberating, horrifying collateral damage; Doron suffers losses with each realized mission.

Experiencing the repetition of the search and eventual killing of “The Panther” (Hisham Sulliman, raised in Nazareth, to an Arab-Muslim family) and his protégé “Walid El Abed” (with redolent, evil alacrity depicted by Shadi Mar’i, a Muslim born in Jerusalem); my grudging respect was earned by the acting acuity of the terrorists; their warped ideology was tempered by their love for their mothers’; gut-wrenching portraits of men whose paths could have led to esteemed careers, but  historically doomed to yearn for Shahid, martyrdom!

What sprung, unexpectedly, during this second addictive marathon, the single factor, binding rivals Doron and Walid was their mutual adoration, love for Dr. Shirin El Abed (flawlessly sculpted, Laetitia Eido, product of a Christian father and Muslim mother); Walid a cousin, twelve years her junior, has worshiped her since childhood; Doron and Shirin, even under false premises are a combustible combination; their instantaneous attraction leaves religion, familial boundaries in the breeze; haunting are the remains of hearts severed by life’s grievances; destinies not meant to blend, demolishing, ripping asunder what should have been nurtured, cultivated.