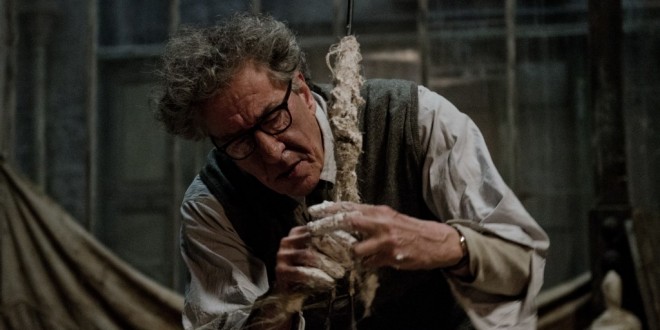 Like houses of worship, museums are vessels of sanctification; as a child, walking through their hallowed halls, walls dancing with portraits of saints and sinners, beckoned by monumental angels, overcome with reverence, I thought this is where god, man and paint are one; creativity consecrated, empowered, only a few capable of envisioning, actualizing the mighty, sanctified and damned. As life progressed museums became harbingers of experimentation, institutions of preservation, and caverns of comfort and awe; a confessional, leaving one elucidated and purified simultaneously.

When first exposed to Alberto Giacometti’s  (1901-1966) sculptures, there was no doubt that, like ancient golems, they could magically, mystically breathe, live; bodies, viewed from the inside out; exposed veins, muscles, frozen in undulation; glorious lumpiness, a related community, reveling in their anonymity; viewers wondering what they did, unseen, in the vacant galleries, in the darkened hours.

“Final Portrait” written and directed by Stanley Tucci, focuses on Giacometti’s portrait of his friend and critic James Lord (1922-2009) whose book “A Giacometti Portrait” was wildly acclaimed when published in 1965; Giacometti and Lord met in 1952 and remained friends until Giacometti’s death. Geoffrey Rush’s physiognomy clones Giacometti’s and Armie Hammer’s astronomical handsomeness is applauded by Lord in the vast unknown. The pace, from the onset, is stylishly lugubrious; stilted, choking, worshipful Lord, sitting for weeks (promised a day) as the incorrigible genius, ranted, destroyed and philosophizes on the unattainable “vision that seems so hard to express.” At a sluggish pace painter and subject become locked in a contest of wills; Lord’s sycophancy encourages Giacometti’s intransigence in completing the work. Breaking the monotony of the daily ruse are the two women in Giacometti’s life: wife, Annette Arm (Sylvie Testud), hysterically suffers his penuriousness; mistress/muse, Caroline (Clemence Posey) flagrantly, coquettishly taunts the besotted artist.

In conclusion “Final Portrait” resonates with Giacometti’s lifelong angst that “his successes will always be less than his failures.”