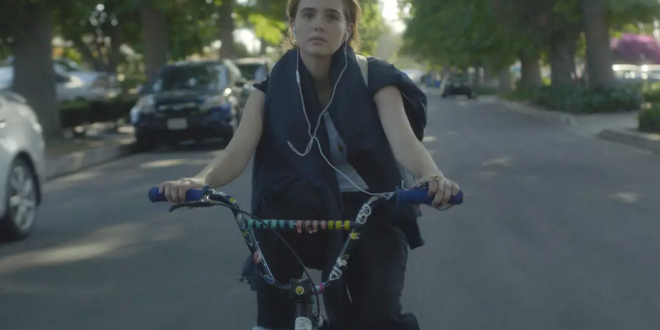 This is not a film for the occasional movie-goer; it is an audacious, four-letter infused (“like”) tale of a teenage girl who performs sexual favors to earn funds to bail her errant father out of jail; she blackmails her “victims” by having her friends video the assignation. Appealing? Absolutely not, with the exception of Zoey Deutch’s performance as protagonist, seventeen-year-old “Ericka”.  Periodically you stumble upon an actor that transcends the substance of the scenario; such was the case in 2017 in a little known film, “Maudie”; Sally Hawkins depicts a challenged but gifted “outside” artist, remarkably she does it again in the Academy Award winning film “The Shape of Water”.

Deutch’s dazzling, controlling portrayal of a saucy, foul-mouthed sophisticate, revels in greatness; she is smart, belligerent, but beneath her crass exterior simmers compassion; she befriends her corpulent, troubled, soon-to-be-brother, “Luke” (perfect pairing, Joey Morgan) to traumatize handsome, hunky “Will” (Adam Scott) a supposed pedophile; the jejune drama vacillates from preposterous to inconceivable but Deutch mesmerizes despite the flawed script.