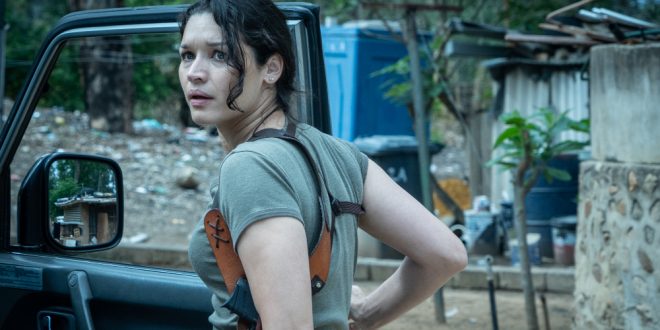 “THE GIRL FROM OSLO”  (NETFLIX).    Intriguing thriller revolving around the kidnapped daughter of a Norwegian diplomat and two Israeli friends, in the Sinai Peninsula; powerfully written and performed the tantalizing series leaves viewers yearning for a second round. Actors Amos Tamam, Anneke von der Lippe and Raida Adon add to the extraordinariness of this Israeli cliff-hanger.

“THE LONG CALL” (BRIT BOX). Based on the book by Ann Cleeves is a stunning and sensitive look at a detective (Ben Aldridge is superb as “Matthew Venn”) who chose an alternate lifestyle, moves from his small town, returning to solve a crime; touchingly written, splaying deep seated prejudices, and the scourging, painful methods to overcome them.

“THE WITNESSES”  (AMAZON PRIME). Ingenuity permeates this distinctively brainy German series; crimes are solved by unearthing the memories of the witnesses; demanding the viewer’s absolute concentration; this series starring Alexandra Maria Lara as Dr. Jasmine Braun, the interpreter of memories, focuses on the reason a 10-year-old girl is abducted from a crowded museum, cementing one’s attentiveness for its entirety.

“MURDER IN….” (AMAZON PRIME). Only the French could choose deliciously inviting French towns and landscapes to be the backdrop of nasty deeds; remarkably, each episode is approximately 90 minutes, encapsulating the uninterrupted scenario; there are 8 seasons, and it is such fun jumping from one to another, disregarding the order of the episodes, deciding which village or metropolis catches your fancy!