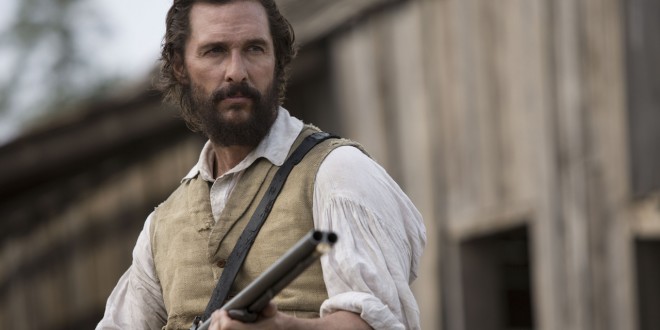 MATTHEW McCONAUGHEY stars in THE FREE STATE OF JONES

Matthew McConaughey is a presence, a gargantuan force in the film world; amazingly, each characterization transcends his prior role. This trait is vividly, pivotally evident in “Free State of Jones” where as “Newton Knight” a deserter from the Confederate Army, in the war between the states (Southerners contend that there was nothing “civil” about it), he leads a disparate pack of runaway slaves, fellow deserters and their families; disillusioned, disenfranchised, disgraced and hunted by Confederate soldiers. McConaughey is masterful.

Director Gary Ross fictionalizes, glamorizes the minimally celebrated Knight, a farmer from Jones County Mississippi whose morality bests the pejorative, racist rules and philosophy practiced in the South before 1865. Knight’s messianic sermons pander to viewers who with the grace of historical hindsight, constitute the proverbial “choir”. With sublimely-tongued eloquence, reminiscent of “Elmer Gantry”, Knight exponentially increases his flock.

“Free State of Jones” ponderously addresses miscegenation; Knight has two sons, one Caucasian, by wife “Serena” (talented Keri Russell is cursed with a lifeless role) another by “Rachel”(superb, substantive performance by Gugu Mbatha-Raw, “Belle”) a freed slave; flash-forwards from the 1860’s to 1948 Mississippi, where Newt and Rachel’s great-grandson is on trial for marrying a white woman; educational, but needlessly added to the duration of the film.

Abraham Lincoln stated that the only thing good about war was its ending. “Free State of Jones” gifts goodness, righteousness in the embodiment of legendary Newt Knight and his corps.