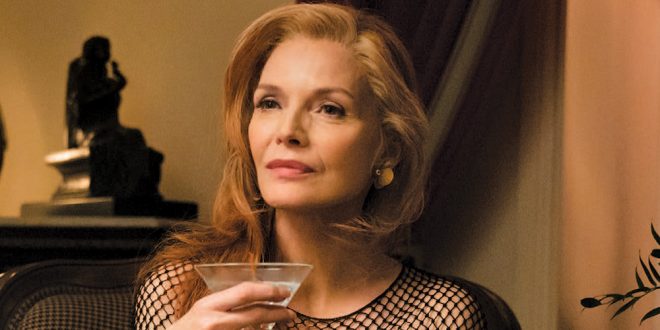 In spite of Rapunzel tresses, Michelle Pfeiffer is a remarkably gorgeous woman and credible actor; that is the single most redeeming factor in director Azazel Jacobs’s feckless film; aimlessly transparent: “Frances” (Pfeiffer) whose only attribute is that she married well and with nary a speck of fiduciary acumen, flagrantly, sans accountability, has spent every cent, regardless of widowhood; after disbursement of all tangible assets she packs her bags, cat and purposeless son “Malcolm” (Lucas Hedges, flounders unintentionally in a worthless role) to Paris (what we see of the city, it could have been filmed in Brooklyn); with unrivaled dexterity Frances, throws the residue of her fortune, to the wind, or just windless people. She is an empty vessel, without substance who surrounds herself with folks defining their days by their alcohol consumption, smoking and nonsensical chatter.

In termination, the only thing of value in this valueless movie was the “cat”, who had enough sense to make his “exit” early, which wishfully, I had followed suit.