Latest Reviews
Home » Hollywood » GONE WITH THE WIND AT 80 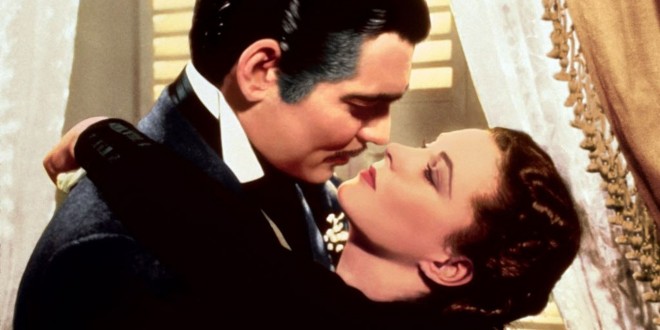 GONE WITH THE WIND AT 80

From time immemorial I have been asked my favorite film; a myriad are housed, cared for, in the elite chambers of my filmic warehouse; always inhabiting the penthouse, never to relinquish its lease, is David O. Selznick’s “Gone With the Wind”; having read Margaret Mitchell’s masterpiece while in high school and seeing it for the first time in the early 70’s its power and potency have resonated throughout my life; each exposure opens new emotional, intellectual avenues; 2019’s viewing stuns with the remarkable prescience of author Margaret Mitchell (1900-1949), writing in the 1930’s, forecasting the rise of female empowerment, soaring success of women in politics, business, manufacturing; Scarlett O’Hara’s  (Academy Award winning Vivian Leigh) fierce ambition, ignoring the role of the Southern Belle, relying on her own initiative, intuitive acumen, recognizes the need for timber following the destruction of the civilized south; intrepidly she builds her business, regardless of blatant disapproval; she is narcissistic, self-absorbed but inherently devoted to “Tara”, her father’s daughter, loving the land, more than mankind. Scarlett, blinded by a misguided passion for her neighbor, “Ashley Wilkes” (Leslie Howard), dolefully doomed along with the lifestyle he cannot thrive without. She is incapable of recognizing the happiness and compatibility offered by renegade “Rhett Butler” (Clark Gable, born for the role); rarely are two characters so well-suited and their stars so misaligned.

Achingly, the film is fraught with “if onlys”; knowing the outcome, its capacity to pierce one’s psychic core is truly astounding. More than an epic love story, a dazzling historical depiction of a war, that was anything but “civil”, “Gone With the Wind” and its poignantly palliative soundtrack by Max Steiner, is magnificently glorious in its timeless, romantic beauty, a beauty that clings steadfastly in one’s memory. Also mystifying, is its redolent, pungent reminder of life’s evaporation and the condensation residing in one’s spirit: unblemished recollections, defining moments, adulterated choices, unrequited dreams; ultimately, satisfaction of besting the odds, lusciously imbibing in the raptures of living, loving, contented that the most cataclysmic of winds cannot temper, diminish one’s triumphs; strength in acknowledging that “tomorrow is another day” and lustfully having the will to make it great.

2019-03-04
Peneflix Admin
Share !
Previous: GRETA
Next: THE BOY WHO HARNESSED THE WIND: NETFLIX & IN THEATRES