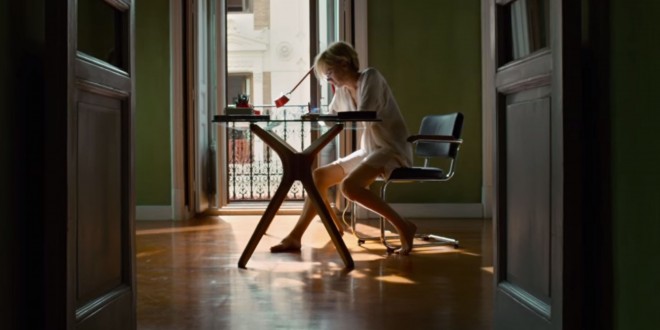 Another alluring film by Pedro Almodovar based on three short stories (“Runaway”) by Alice Munro. Almodovar’s vast comprehension of the female condition, grasping their resiliency, intensity, intricacies, especially the binds entwining mothers and daughters, is sublimely refined in “Julieta”.  Almodovar/Munro, the perfect pairing.

A middle-aged classic professor “Julieta” (incredible Emma Suarez) is readying to move to Portugal, from Madrid, with her partner “Lorenzo” (Dario Grandinetti); she encounters a young woman who had been her daughter’s best friend and learns that “Anita” has three children; Julieta has not seen or heard from her daughter in twelve years; Julieta, refuses to leave Madrid; we commence with an exquisite flashback served on a landscape infused with love, beauty, ultimately remorse.

The genius of “Julieta” lies in its subtle blending of individuals in an environment that nurtures, never detracts from the scenario; more than surface attributes, the characters are defined by their feelings; plausible reactions connect the viewer with the protagonists; we recognize, relate, understand and mentally scream with their hurdles.

Subtle references to Alfred Hitchcock and Patricia Highsmith are obvious but “Julieta” soars in its own filmic domain; fate reigns, molds choices, no one grasps the stamina of these karmic winds more than Pedro Almodovar.