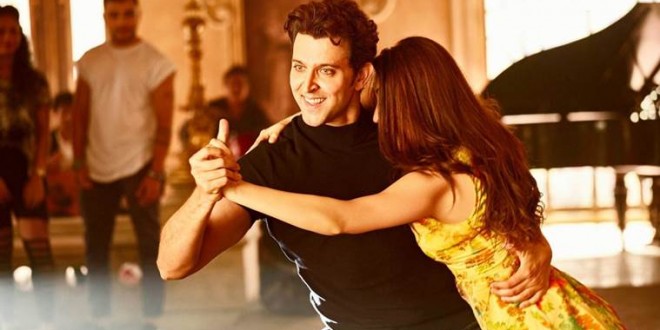 Bollywood stars Hirthik Roshan and Yami Guatam give blazing performances as a couple, blind from birth; no stigma or angst is exhibited by their lack of sight; their romance is imbued with all the attributes of young love and fascination; “Su” is a pianist in a dance school, “Rohan” surprises her with a visit, resulting in one of the pre-eminent dance sequences in recent movies; never for a second does one lose “sight” of their challenges. Truly remarkable actors, (a pinnacle for Roshan) worthy of the coveted Filmfare award.

Rohan and Su’s magical marriage is destroyed by nefarious louts; and “Kaabil” soars as a revenge film in the realm of “Death Wish”, “Kill, Bill”. “Oldboy” and “The Crow”; Rohan’s justice is served hot, scalding; he is a video voice artist, “capable” of mimicking any cadence/sound he hears; sublimely creative, Roshan’s hearing and impersonations are masterfully manipulative, ultimately weapons of mass destruction.  The reason for the lustful appeal of revenge flicks it that they are overwhelming satisfying; evil is thwarted, instant gratification serves appetites so much better than the punitive system.

“Kaabil” gifts the underdog, a good, well-adjusted, loveable man, reasonable cause for seeking his own path to moral justification; political officials are warped and tainted; he cannot bear witness; Rohan rises above his bleak circumstances, unearthing talents, he would have preferred to remain dormant, and champions audiences, globally.

Director Sanjay Gupta’s entertaining, innovative tale of an “eye for an eye”, powerfully, pungently erases all boundaries between East and West filmmaking; deserving of its exalted accolades and should be seen by all.

2017-02-06
Peneflix Admin
Share !
Previous: JULIETA SPANISH:ENGLISH SUBTITLES
Next: I AM NOT YOUR NEGRO