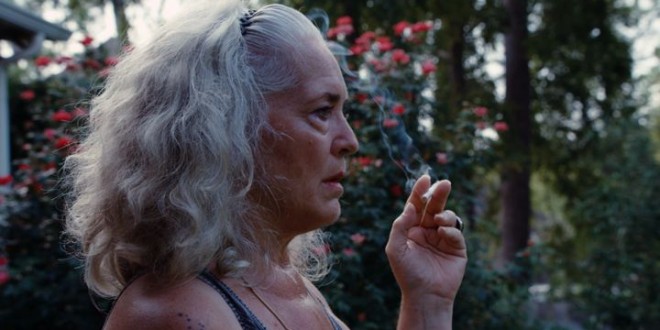 Harrowing. Haunting. A drama so powerfully filmed and acted it will hover eerily in your consciousness for days after viewing. “Krisha” (sensational portrayal by Krisha Fairchild), a woman in her 60’s perpetually stares in the mirror searching for shadows of her bygone beauty; the camera mercilessly strokes a face ravaged by alcoholism; written and directed by  Trey Edward Shults. Krisha, fragile, isolated, slowly disintegrates while her loving family watches helplessly;  in a single day, she slips beyond salvation. Based on the nonfictional death of a cousin.

“Krisha” is callously honest, warts and weakness shockingly displayed,  but even at its nadir there lurks, camouflaged in insurmountable pain, the deepest, heart-wrenching, immutable sentiment,  love.