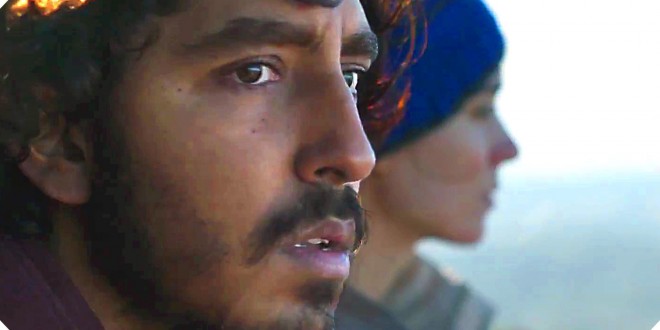 Based on the book by Saroo (Lion) Brierley, “A Long Way Home”, directed by Garth Davis is initially commanding, compelling in telling the true tale of a 5-year-old boy, Saroo, lost in India, a precocious derelict, scrounging, living in the alleys and train stations with Calcutta’s hordes of helpless, homeless, nameless. I have seen first-hand, children begging, lying in offal, detritus on streets, clogged with cast-offs, left to rely, survive by their craftiness; Saroo is five, but not unusual in a country whose abandoned, “lost” children range in the thousands. Saroo, magnificently performed by Sunny Pawar; the screen pulsates as this enchanting sprite champions monumental travails; with a face to launch a thousand hearts, Saroo’s precociousness eventually leads to his adoption by an Australian couple, Sue and John Brierley (Nicole Kidman, David Werham).

Midpoint, “Lion” stumbles; knowing little or nothing about Sue and John, difficult to empathize with obstacles in raising two Indian boys as their own; they morph from childhood to adulthood in minutes; then valuable time is squandered (20 minutes too long) on Saroo’s quest to discover his childhood home and birth mother; time is marked by the growth of Saroo’s locks and beard, Messiah-like, Google aids in his search; Dev Patel, whose screen presence has evolved since “Slumdog Millionaire” is sensitive but under whelming in the role, Saroo’s youthful charm, has evaporated in maturity. Rooney Mara’s loveliness is wasted as his girlfriend Lucy, and added zilch to the scenario.

It is always disappointing when a story holds potential awe and fizzles before it is realized; too many lacunas between Saroo’s arrival in Australia and the commencement of his “long way home”; his studies?; his adoptive parents professions?; his brother’s traumatic flaws?; it took an epiphany to ignite his curiosity and knowledge of what his Indian family has had to endure for twenty-five years. “Lion ” errs in the lengthiness of his computer search, becoming too much ado about something.

Somewhat redeemed, the scintillating wonder that is India, and its powerful lure, embraces Saroo, completes the story; viewers are treated once again to the scampering, whimsical, doe-eyed  Sunny Pawar, as juvenile Saroo; the solitary reason for accompanying “Lion” on his remarkable journey.