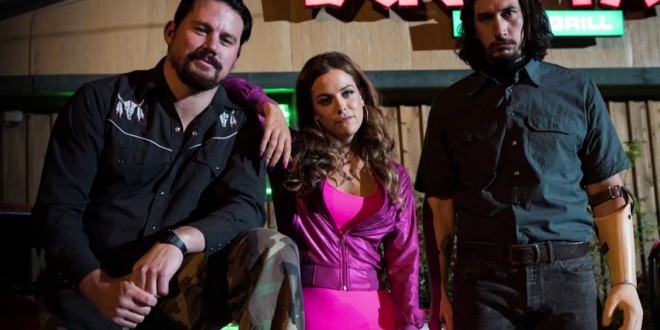 Steven Soderbergh’s “Ocean’s Eleven, Twelve and Thirteen” soared, and anchored his place in the hierarchy of the heist genre; disappointingly “Logan Lucky” does not touch his former status. Well-acted but tediously long, pushing too hard the “Robin Hood” theme, challenging viewers investment, in the all too complex sting, executed by (looks can be deceiving) not-so-bright perpetrators.

Legitimate minor roles add an interesting female component to the tale: compelling Farrah Mackenzie as Jimmy’s precocious six-year-old daughter, type-cast Katie Holmes as his churlish ex-wife,  Hillary Swank (after a three year hiatus) as an FBI agent; Riley Keough rocks as Jimmy’s sister, “Mellie”  a major ingredient, if the heist is to succeed.

Soderbergh’s “Logan Lucky” vastly ambitious, but incapable of touching charismatic films such as 1973’s “The Sting”, “Lock, Stock and Two Smoking Barrels”, “Reservoir Dogs”, “The Italian Job”, nor the “Ocean’s” trilogy; the pungency of the “sting” although quasi-entertaining, leaves nary a prick on the skin or conscience.