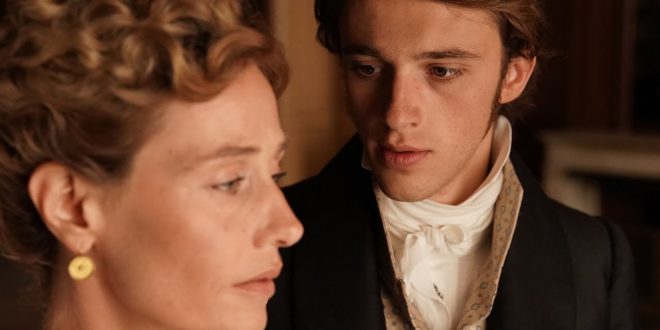 I love foreign films; possibly because of the riveting concentration needed to follow the narrative or maybe because I lust after cultures different from my own, cultures that add to the elasticity of my brain, expand my imaginative landscape and enhance my existence. “Lost Illusions” (winner of 7 categories at 2022 Cesar Awards including Best Film, Best Adapted Screenplay, Xavier Giannoli; Best Cinematography, Christophe Beaucarne; Best Supporting Actor, Vicent Lacoste, and Best Male Newcomer, Benjamin Voisin) is coruscating with insightful performances, kaleidoscopic costuming, and a comprehensive view, realm of author Honore Balzac’s (1799-1850) mid-nineteenth century literary/journalistic manipulation; pungently reminiscent of present day posturing in the media.

Nascent poet “Lucien” (Benjamin Voisin) follows his benefactress “Lucille” (Cecile de France) to Paris; their hopeless addiction to each other doomed by his naivety and her stupidity; “class” defines their differences, and “never the twain” shall blend, except for monumental genius and extenuating circumstances; shunted and shunned, he meets caddish journalist “Etienne” (Vicent Lacoste) and commences his meteoric rise from insignificance to sensational at a “rag” of a Parisian newspaper; no matter, success is ephemeral and Lucien is always a foil, blinded by his wide-eyed yearning for status, his suffocating handsomeness, artless unsophistication; peppered with perpetually shrugged skill.

Shadows of Balzac’s own life, flicker throughout “Lost Illusions” adding to the empathetic structure of this magnificent movie.