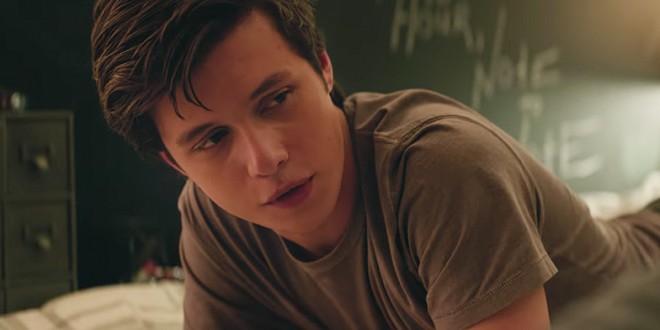 By far the most refreshing, richly satisfying film of 2018; a coming of age movie, stunning in its originality, performed to perfection by a corps of prodigious young actors; prescient directing by Greg Berlanti and a unique, intelligent screenplay by Elizabeth Berger and Isaac Aptaker. Its poignant warmth, naturalness, genuineness saturates every scene, resonates with every viewer. I loved “Simon Spier” depicted with gifted nonchalance by Nick Robinson; he is seventeen, cocooned in a loving, nuclear family (Jennifer Garner and Josh Duhamel captivate as Simon’s devoted parents, as does Talitha Bateman, as his sister); he is tormented  that he is gay and closeted from his family and friends. The process to self-assurance, confidence and courage to be one’s self is paved through the internet; Simon befriends “Blue” using the sobriquet “Jacques”; they strengthen each other’s resolve, dissolving loneliness inspires love and mutual admiration. “Love, Simon” fascinates, vacillates from one high school friend to another, as to Blue’s identity. It is a hilarious, circuitous, painful route to happiness.

Mr. Robinson is buoyed by his costars: Katherine Langford, “Leah”, his closest friend; Jorge Lendeborg Jr.,”Nick” his rakish buddy; Alexandra Shipp, flamboyant “Abby”.  It is Logan Miller as “Martin”, a nerdy, wannabe, who steals every scene as a guy who will do anything for attention, including impersonating a “Freudian Slip” at a Halloween party; he is the catalyst, the petrol that brings to fruition the film’s quenching conclusion.

“Love, Simon’s” remarkable blend of syntactic components, leaves viewers with an orchestrated memory of what a movie should achieve!