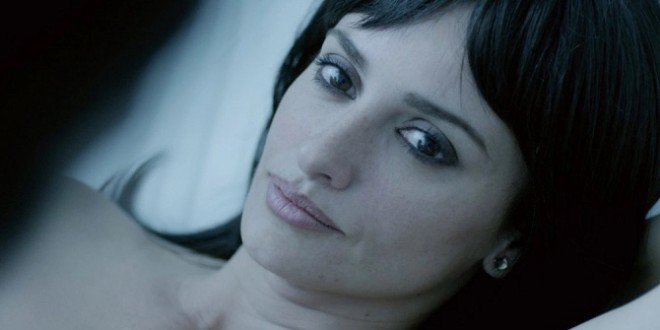 Penelope Cruz gives a dazzling performance as a vibrant schoolteacher, mother coping with the ugliness of breast cancer;  she soars as “Magda”, never shunning, hiding from the inevitability of her prognoses; she loves her soccer-playing son “Dani” (poignant portrayal by Teo Planell) with pure, uncensored, palpable devotion. Magda’s contagious, uninhibited  joy infects all who enter her sphere;  grieving “Arturo” (beautiful, sensitive depiction by Luis Tosar) whose life has been catastrophically ripped asunder, embraces her friendship and eventual love; Asier Etxeandia is astounding as “Julian” her Doctor, whose serenades elevate and erase the bleakness of the tale.

Paramount in “Ma Ma” (directed by  Julio Medem) is the unequaled, profound level of goodness that permeates every scene; Magda is the core, lacking nary an ounce of self-pity or bitterness, selfless in recognizing the pain of others, denying her own; Dani, refreshingly vibrant adores his mama; Arturo’s kindness, inclusiveness embraces Magda and pivotally, Dani; it is Julian who lends galvanizing depth to the scenario, his empathy towards Magda transcends his profession, not his professionalism; his tragic flaw harbors the metaphor for the film.

At times manipulative, but never succumbing to the sensational, “Ma Ma” inebriates one’s lust for life and its myriad of pleasures that make it worth living.