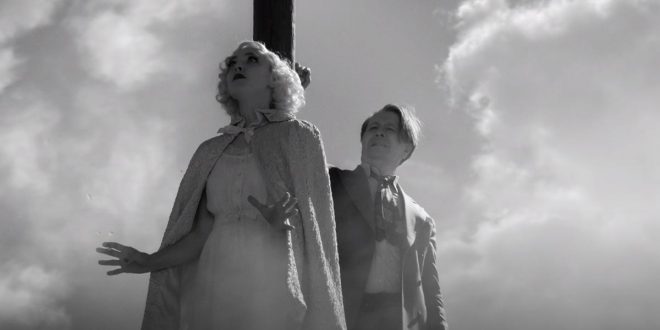 Herman J. Mankiewicz (1897-1953) won an Academy Award (along with Orson Welles) in 1942 for Best Original Screenplay, “Citizen Kane” (loosely based on iconic businessman, Howard Hughes); controversy has shadowed their victory for decades and director David Fincher with punctilious attention addresses the conundrum of authorship in “Mank”; a project fathered by his dad, Jack Fincher (1930-2003), is brought to fruition in this tightly wrought biopic; Halcyon Hollywood in the late thirties and forties, with all of its glamour, warts, risks, political gerrymandering is mimicked to the core: Gary Oldman as “Mank” seems to enjoy every second of his caustic, alcoholic, iconoclastic portrayal of the imaginative, misunderstood genius; Lily Collins is placidly neutral as Mank’s straight-laced, suffering secretary, Rita Alexander; Amanda Seyfried, starlet, Marion Davies lacks mettle in her imitated portrayal; Tom Burke, as a young, rather svelte Orson Welles is minimally remarkable; Charles Dance imbues William Randolph Hearst with legitimate elitism; the soundtrack by Trent Reznor and Atticus Ross resonates with the melodies that defined an era.

“Mank” has its black and white moments but the stylization, fakeness was off putting; the actors donned the wardrobes, attitudes, tonal inflections of their characters but lacked the intuitive, gutsy craftmanship needed to be genuine.