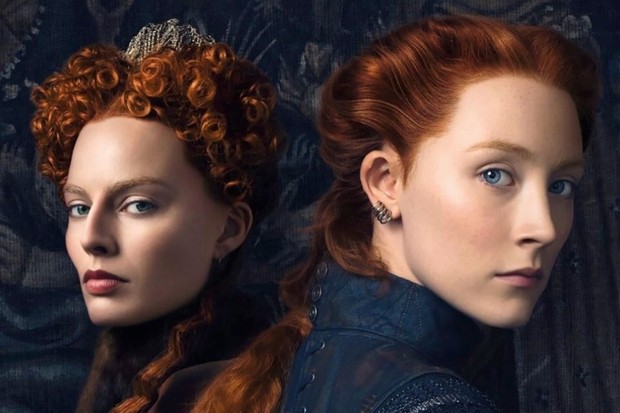 Despite historical inaccuracies, poetic license is forgiving, what is unforgivable is a lugubrious plot, substandard writing and an overwhelming attention to two queens procreative powers; understanding the heir business, and aware of the ancient strife between the Catholic Church and the Church of England, commencing with Henry VIII, this disjointed saga focuses on the doomed Queen Mary, 1542-1587 (energetically compelling Saoirse Ronan) of Scotland and Queen Elizabeth,  1533-1603 (bland, robotic portrayal by Margot Robbie) of England; wary cousins, manipulated by the men in their lives.

Conniving male subterfuge, intrigue, speaks to today’s MeToo movement, more importantly, the wardrobe worn by the monarchs, metaphorically addresses the imprisonment, encasement of the female form,  incapable of dressing or undressing themselves, Director Josie Rourke’s “Mary Queen of Scots” is an anemic attempt to garnish empathy for two women, preordained to rule their countrymen; one lives a long, barren life, the other looses her head at the age of forty-four, the rest, as the saying goes, “is history.”