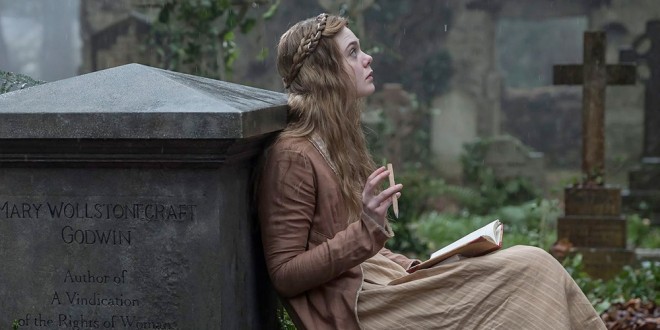 MARY SHELLEY (ON DEMAND & IN THEATRES)

The romantic poets, still hold their fascination, especially the works of Lord Byron (1877-1824), Percy Bysshe Shelley (1792-1822), and personal favorite, John Keats (1795-1821); this film goes the distance in damming the individual, instead of balancing their brilliance with their licentiousness. Mary, whose genes were comprised of female activist, Mary Wollstonecraft (1759-1797) and William Godwin (1756-1836), philosopher/journalist, captivates as an intransigent, determined visionary, whose prose matches Shelley’s poetry.

What should have been elucidating, focusing on Mary’s gifted clairvoyance, is instead, a treatise on the debauchery, drunken, scandalous behavior of men whose skill far out distanced their dissipation; dying young before their pens had “gleaned their teeming brains.”

Forecasting the twenty-first century’s “MeToo” movement, Mary’s wish that women, instead of having power over men, but over themselves, is flirting with fruition.