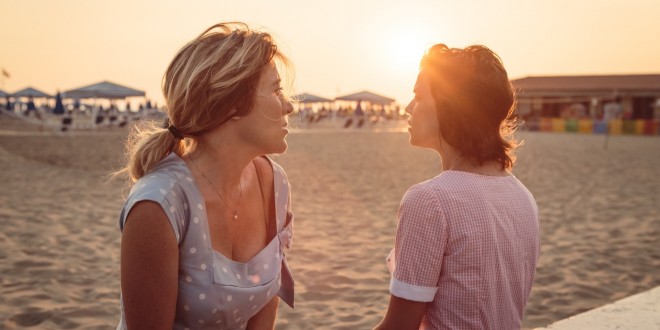 An exhilarating week infused with exceptionally fine films, thanks to the prescience of our Founder Michael Kutza and Programmer Mimi Plauche.

Here are a few more to add to your viewing pleasure:

“THE STUDENT”; RUSSIA. Director Kirill Serbrennikov stuns with his protagonist “Venya” whose religious fundamentalism has gone berserk; his rants, focusing on the gospels, become more frantic, belligerent, and eventually succumb to violence, are terrifying; a teenager whose proselytization becomes diabolical in its intensity. A chilling, creative expose of devotion gone awry.

“LIKE CRAZY”; ITALY/FRANCE. A stupendous film, soaring in ingenuity; two women escape from a mental institution; one a compulsive conversationalist, who fancies herself an heiress, the other a multi-tattooed malcontent searching for the child she tried to drown. Never will you meet such fantastical, hilarious, pathetic, innovative characters. Reminiscent of “Thelma and Louise”, “Baby Jane”, “Sunset Boulevard”, but in Director’s Paola Virzi’s  “Like Crazy”, delusional but loveable.

“NERUDA”; CHILE/ARGENTA. Director Pablo Lanain poignantly, realistically  dissects the troubled hiatus of Chilean poet and senator, after the government issued a warrant for his address; Luis Gnecco and Gale Garcia Benal are mesmerizing as Neruda and fictional inspector, “Oscar Peluchoreau” in a cat and mouse dance.

“WHOSE GONNA LOVE ME NOW”; ISRAEL. A delightful, sorrowful, inspiring documentary about Saar Maoz, an Israeli man, the oldest of seven children, who joins the London Gay Men’s Chorus as a coping method after discovering that he is H.I.V. positive. Brothers Barak and Tomer Heymann direct an honest, compelling bio-pic about a conservative family coming to terms with an alternate life style.

“FUTURE’S PAST”; US. Director Jordan  Melamed depicts his iconic father, founder of The Chicago Mercantile Exchange, Leo Melamed, in a brutal examination of their relationship and the Exchange’s march into the technological milieu. Leo comes across as intransigent, caustic and overwhelmingly insensitive to his son. Almost ten years in the making and feel their journey to mutual respect and understanding “has miles to go”.

“ONE WEEK AND A DAY”; ISRAEL. An enchanting tale of a family whose son has died, and the period of mourning is over (Shiva); surviving is key and leads to amazing grace and wonderment.

“PARADISE”; RUSSIA/GERMANY. With staggering genius and vision director Andrei Konchalovsky blesses viewers with a unique perspective on the Holocaust, from the viewpoint of three non-Jews. Filmed in black and white this film will cling to your consciousness for years.

Off to the Festival.