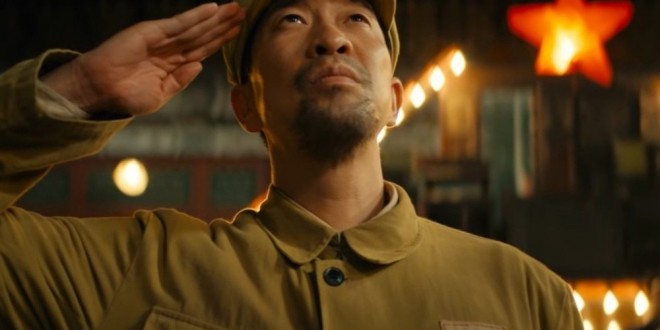 You know you’ve witnessed one of the finest films of the year when a “sold out” audience does not move or speak until the last credit has vanished and light contaminates an emotionally pulverized, awestruck corps; jingoism, in its purest form, celebrates the People’s Republic of China’s historical highs, in honor of its seventieth anniversary: seven thrilling, with as many directors, vignettes: the flag raising ceremony on October 1, 1979; China’s first atomic bomb (1960’s); 1984’s Olympic Gold Medal Women’s Volleyball Championship; 1997’s return of Hong Kong, by the British, to its rightful rulers; unprecedented 2008 Beijing Olympics; landing of manned spacecraft, Shenzhou 6, November 18, 2018; a female pilot out performs her male counterparts in an aerial parade in honor of victory in the Second Sino-Japanese War, 2015. Refined beauty, with platinum perfection, emanates from each distinctly unique story.

“My People, My Country” is a testament to a people immensely dedicated to their country; focusing, from the hierarchy to the common man, the film erases totalitarian elitism; a tribute to all demographics, minus a pedantic message, its resonates with a profundity, a glory, rarely experienced in a movie theatre.