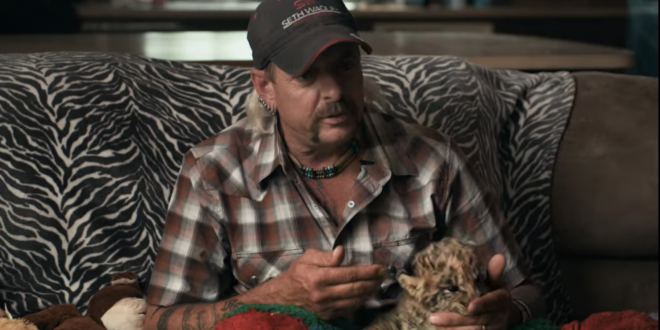 “TIGER KING”: surprisingly compelling, the “catfighting” saga between  “polar” forces: Joe Exotic, Carole Baskin, Don Antle, all under the guise of animal protection, procreation; as an urbanite I found the intensity of the protagonists captivating; producer Rick Kirkman, fairly narrates all sides of this reality drama.

“TIGERTAIL”, (MANDARIN/CHINESE: ENGLISH SUBTITLES): director Alan Yang’s semi-autobiographical story of one man’s journey from Taiwan to New York City; poignancy runs amuck as does the scenario of a boy who marries for the wrong reasons, leaving his youthful lover, in order to live in squalor in America.

“THE DECLINE”,  (FRENCH: ENGLISH SUBTITLES). A survivalist camp in a remote Canadian compound, creates an arena for the “survival of the fittest”; a slow commencement leads to a catastrophic conclusion.

For concentrative entertainment revisit 2002’s “The Road to Perdition” and 2017’s “Molly’s Game”.