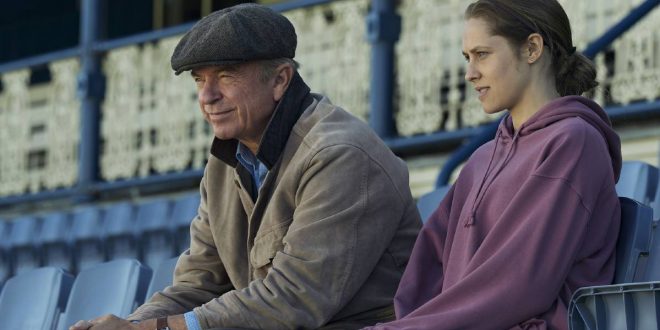 NETFLIX SCORES IN DUPLICATE: “RIDE LIKE A GIRL” & “THE TINDER SWINDLER”

Both films based on actuality, finely tuned truthful tales, handled with keen finesse by directors Rachel Griffiths (Ride…) and Felicity Morris (Tinder…); females depicting, with esteem, diplomacy, and admiration, the triumphs and travails of notable women.

“RIDE LIKE A GIRL”. In the recently reviewed “Jockey” we witnessed the excruciating process of a man’s mission to stay in the horseracing arena; “Ride Like a Girl” is the stunning story of Australian Michelle Payne, the youngest of 10 children and her electrifying quest to win the Melbourne Cup; actor Teresa Palmer soars in her characterization of Michelle. Being a jockey, traditionally masculine, is one of sports’ most physically destructive and emotionally overwhelming, challenging stages. This remarkable film excavates, elucidates, illuminates the profound undertaking to achieve greatness, integrity, acceptance, despite gender.

“THE TINDER SWINDLER”. Platitudes abound in this riveting documentary about the ultimate cad, the devilishly deplorable “Simon Leviev” whose victims he lured over the Tinder App: naïve women “looking for Mr. Goodbar”, or love “in all the wrong places”; women duped by his contemptible handsomeness, ostentatious, pretentious wealth; he is evil incarnate but totally irresistible; his loathsome cunningness sucks unsuspecting women, after being wooed to excess, to give him financial aid; believing that they are the “love” of his existence; incurring debt (“a fool and his money, are soon parted”) to save a man, whose hearts he has sabotaged, and with immaculate guile, their wallets. It is easy to deride the female victims, but one retaliation proved “hell hath no fury like a woman scorned” possibly, “a clever girl passing through the phase of foolish “miss” on the way to “sensible” woman”. “The Tinder Swindler” is a heads up, a pristine alert to the foibles germinating at the core of some dating apps.